Reality TV is a different spectacle. Most people today know of it’s contrived plots, but still have a difficult time determining what is real and what is fabricated. When it comes to televised legal spats, like Judge Judy or The People’s Court, many assume it’s all just one big ruse designed solely for entertainment… However, in most situations, the cases and people are real.

TV court cases vary in situations from personal spats, divorce court and even business disputes between two people. A common dispute can easily be settled if the proper contracts were in place from the beginning. In season 25, episode 70 of Judge Judy, a non-disclosure agreement would have prevented a lot of the issues arising in this case involving former business partners.

To be clear, what’s happening on these shows is nothing close to an actual trial, nor are the judges acting as real judges. In truth, you’re watching a legal process known as arbitration or “alternative dispute resolution.” Most individuals in the real world use arbitration or mediation to work out disagreements without having to deal with the court system, and attempt to resolve their dispute in a beneficial manner to both parties. Often times, favor is granted to individuals that can provide evidence. A useful example of this would be the art consulting agreement between a freelance artist and buyer. The terms of the contract and sale are stated clearly and signed by both parties, allowing this to be used as evidence in a case.

While an arbitrator’s ruling is legally binding, it can be overturned if a court decides the issues included in the arbitration fall outside the scope of the agreement. Regardless, the TV participants sign a contract, forfeit their own legal authority, and abide by whatever the “judge” decides. On the plus side, the television show pays the judgment to the winner of the case and has an often speedier response than a local court hearing.

We all know the answer. Two idiots with a dispute that is equally stupid. Many times reality TV is staged and they find people willing to go on TV who are either aware or unaware of their own stupidity… But when the disputes are real, it becomes hypnotic. That’s the magic of reality TV court shows because all the judges were all at some point real judges in the US court system. With this said, these individuals would’ve passed the bar and have full knowledge of the law.

Let’s take a look at Judge Judy, otherwise known as Judy Sheindlin. No doubt you’re skeptical about Judy, but she really is a former judge and prosecution lawyer. Most shows’ “judges” are arbitrators and what is depicted is a form of binding arbitration.

So, if your case is heard in small claims court or on a reality TV court show, know there will be a real winner and loser. Except, if you lose in the TV court, that’s the end of your case.

Is there a way to ensure your case is more solid and in your favor? Yes, when you have all of your paperwork at hand to prove your side. As an example, if two businesses decide to create a referral agreement for services exchanged, and one person in the agreement doesn’t hold up their end of the bargain, a referral agreement would come in useful as it is a contract between both parties and can hold up in court.

What do you think of reality TV court shows? 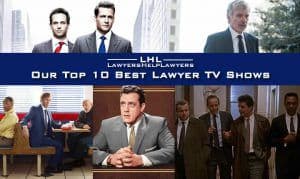 END_OF_DOCUMENT_TOKEN_TO_BE_REPLACED

Where do you go for law documents? When it comes to drafting documents, attorneys are looking elsewhere to save time. Many sites and platforms allow you to build your own…

END_OF_DOCUMENT_TOKEN_TO_BE_REPLACED

Each holiday season, thousands of people are arrested and cited for DUI’s, and many others lose their lives. The happiest of times is, sadly, one of the deadliest with an…